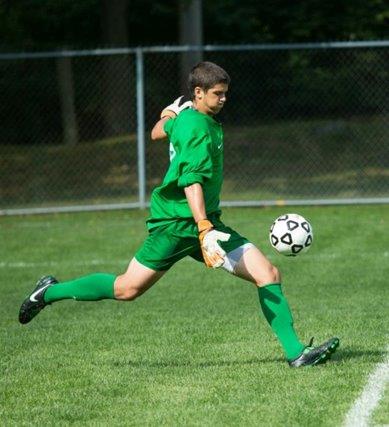 As a high school student, Ben began training at Spectrum to develop his athletic performance. He specifically wanted to try out for the lacrosse team at St. John’s Prep. Knowing how difficult it would be to make the team, Ben pushed himself to the limit and eventually this drove him to success.

“Tryouts were six days long and brutally competitive. Ben said he would have been cut after the first day if he had not been training with Spectrum” said Ben’s father.

Not only did Ben make the team, he has become a dominant force, with multiple scores in the first three games of the season!

“This is the best thing I’ve done for myself in my life” said Ben.

Since Ben has been training at Spectrum Fitness he has lost 6% of body fat while also increasing muscle mass, and since improving his strength Ben can now deadlift just shy of 300 pounds and is squatting over 200 pounds!