Few people have seen more people exercise than I. My seminar tour takes me to gyms all over the country. Over 2 decades as a fitness professional has given me a front row seat to some interesting ways people exercise. Unfortunately, much of what I see outside the Spectrum studio makes me cringe.

I’ve always taken a mental note about things people should just stop doing at gyms. Since that list is exceedingly long and that many of my clients are middle aged women, I’d thought I’d start there by telling you the 10 worst exercises for women over 45.

Not a woman over 45? Me neither; but I’m sure you know someone who is. Do your good deed for the day and give this to someone who is so I don’t see them in my clinic with and injury, or frustrated from a lack of results.

If you want the fastest way to know exactly what you should be doing, and learn how to do it, click here.

As far as what you should stop doing…. here the worst exercises for women over 45:

10. Walking on the treadmill

It won’t do you much good. No fat loss, no strength, no bone density, minimal cardiac benefits. Walking is great…to clear your head, get some fresh air, stimulate creativity, take a break from the office, etc. So get out for a walk, but don’t plod on the treadmill. If you can’t get out, do something that will give you a much better benefit.

This is the machine that looks like a hybrid between an obstetric apparatus and a torture device. Working the adductors is great, but you don’t need to sit in a machine to do it. Plus, it won’t “shape your legs or make you lose inner thigh fat.  These machines were built to pander to women who have fallen victim to the spot reducing myth. Suzanne Somers did the same with her “thigh master.  Listening to the Threes Company cast is not a great way to plan your fitness strategy. There are better ways to work these muscles while working others in the process.

Similar to the one above. Most notably, you will be able to better activate the outer thigh muscles while the hips are extended, not flexed while sitting like in the picture above. Again, there are far better options.

For some reason, I see far more women attempting to do walking lunges. However, they are staggering forward, while only partially bending their knee, which more resembles a drunken lady trying to do the wedding march. Not only does this minimize the work the muscles are performing, but it often disproportionately loads the anterior knee, which is a common source of pain in middle aged women.

The reason for this poor exercise performance is usually 2 fold: 1 they aren’t strong enough to do a proper lunge or 2. They are just mimicking what someone else is dong (sometimes it’s a bad trainer). Walking lunges are a great exercise, but the drunken wedding march is neither a walking lunge, nor a good exercise.

Although a good exercise for many, even when executed properly, forward lunges can cause problems for many women. First, the sudden impulse of eccentric then concentric load being applied during a small period of time and in a limited range can accentuate a quad dominant pattern that is common among many women, even very strong women.

Instead, they often need to work on more posterior chain exercises emphasizing hamstrings and glutes through hip dominant movements. Second, the movement can accentuate strain in the anterior knee, a force that many women are intolerant to due to anterior knee pain.

This is another exercise you will almost exclusively see women do, due to misinformation delivered form pseudo experts pandering to women’s desire to shape and tone their backside. It’s a load of BS. The glutes are incredibly large, strong muscles. Lifting your leg through a partial range of motion is not nearly enough to stimulate these muscles unless you are bed bound. These are the same muscles that are lifting you off a chair and up stairs.

Kicking your legs in the air, even with a machine that has 50 lbs. on it, pales in comparison to the loads it is accustomed to when lifting your body weight off of a chair. It’s like giving a high-schooler addition flash cards to improve her math skills. Don’t waste your time with this, no matter how cute of a back end the Self magazine model has that’s demonstrating the exercise.

I’m amazed by the lack of physics knowledge that allows this one to pass as a reasonable expenditure of time and energy. Holding on to 2 dumbbells while standing upright, then bending side to side in attempts to work your “side muscles” might be the biggest single waste of time. As you bend to one side, you would think that you are working the muscle of the opposite side to pull you back up straight. However, the dumbbell in your opposite hand is actually helping you straighten back up, completely negating the effect of the weight in the other handing.

It’s like watching a teeter totter with two people of the same weight on either side. Not to mention the fact that even if it did work the muscles being targeted well, the exercise doesn’t accomplish the intended goal of those who are doing it, which is to “slim the waist”, again, exploiting the spot reduction myth. Don’t fall for it.

Women are often more prone to knee injuries than men because of something called a “Q angle” which is the angle formed from the shaft of the femur and the tibia. The greater the angle, the greater the knee strain. Women, with wider pelvis, naturally have a greater Q angle.

You can minimize the angle, and thus the vulnerability to knee strain, by focusing on strengthening the outer thigh muscles to minimize medial knee strain. This exercise does the exact opposite. If you like seeing knee surgeons, keep this one in your repertoire. 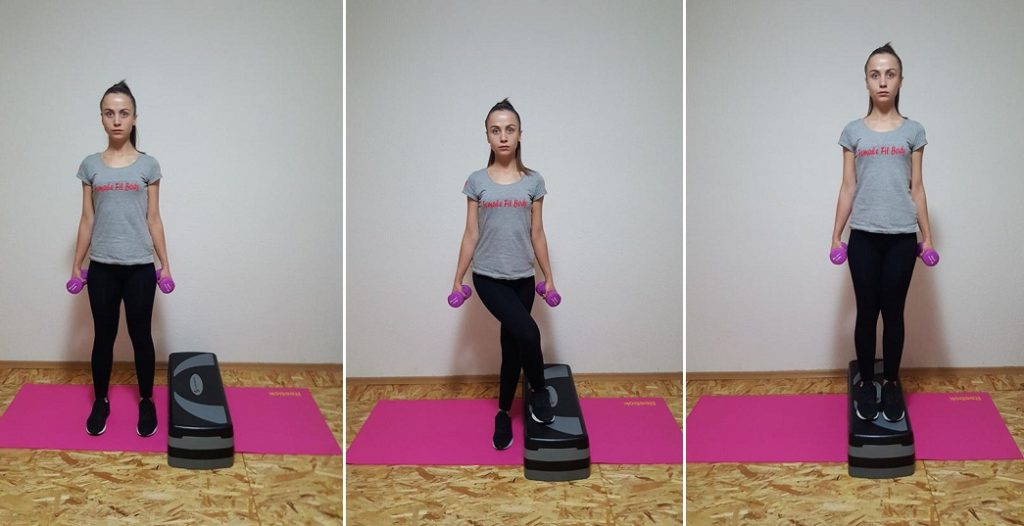 Looking for a way to increase shoulder impingement and neck strain? Upright rows are a great solution. Sure, the risk could be minimized with proper technique, but the risk to benefit ratio is going in the wrong direct here. Any time an exercise mimics a provocation test for shoulder pain, you should reconsider doing high repetitions of this with weight, kind of like most things you see in body pump class. 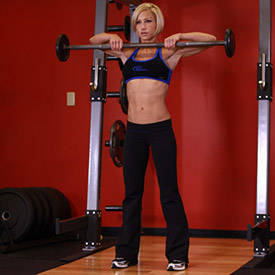 I can count on one hand the times I’ve seen this exercise done properly. Even when they are done properly, I can find 5 other exercises that are more effective at challenging the triceps. Not only will women fail to impact the shape of their arms when doing these exercises, but they will also irritate their neck and shoulder when performing these poorly, as they are often done. Yet another exercise that panders to women using the spot reducing myth.

Women over 45 are needlessly letting muscle waste away. Worse yet, too many are being sold lies on exercises claiming to “tone or Shape muscles”. Middle aged and older women can get strong. Really strong. They can also change how their body looks if they want to by getting leaner and adding some muscle. But it doesn’t happen by isolating muscles, or movements with high repetitions and light weight and poor form, with little regard to physics.

A proper diet, with attention to preserving muscle, or even building muscle is the cornerstone of all health and fitness goals. There are many methods to pursue, but only a few principles to follow, serving as the foundation. Learn that, and you’ll see success. Be sure to go here to get started.